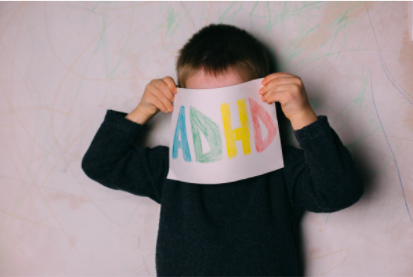 Unfortunately, some children struggle with attention. Some of them have ADHD, while others have a short attention span. Several things can be done to address attention issues in children.

Separate a child’s inattentiveness from behaviour

Parents and teachers often associate a child’s behaviour with attention issues. Some go about making it a personality problem rather than looking at it as attention issues in children. It is, however, essential for you to tackle one issue at a time. You will find a solution or even a diagnosis much faster this way.

Observe your child’s actions. Find out how much of his lack of attention influences his behaviour. Don’t assume that he is not a motivated child simply because he shows little interest in what goes on around him. Instead, consider the possibility that his actions are beyond his control.

Children struggling with inconsistent alertness hardly ever complete a task. They even have a difficult time sitting through a lesson in class. It is best to appreciate that forcing them to complete the work will not have the desired effect. If anything, it may make them despise anything to do with the task in future.

Instead, it is important to look at your child’s poor attention as one of the signs of ADHD in children. It is important to get a diagnosis, but until you do, you should consider the possibility that he cannot control his lack of attention. Instead, you can help him cope by introducing breaks between tasks.

Look at the breaks as distractions that your child would be looking for anyway. However, you get to decide which distractions are appropriate. These distractions can still be beneficial. For example, if your child was doing his homework, you may introduce a manual task to arouse alertness, such as rolling clay or playing in the garden.

This is especially critical in school. Since children with attention deficits lose interest quickly, teachers need to devise ways to help them remain attentive in class. One way is to keep from using the same teaching method for more than a few minutes.

For example, after teaching for 15 minutes, the teacher can introduce small group work, a video, or for younger children, a play break. This will make school more enjoyable, productive and provides a workable solution for attention issues in children.

Take note of moments when the child drifts off.

It is easy to tell when a child has lost interest in the class or a task at home. Unfortunately, most parents and teachers miss the moment when the child is no longer attentive. Continuing the lesson or expecting him to continue the task may not yield results.

Instead, it is best to identify his attention span. How long was he attentive? At what point does he lose interest? What does he do when he gets distracted? The answers to these questions will help you to know what to expect and how to handle it.

For instance, you can suggest a break before he gets distracted. This way, you retain control of his schedule, and he will slowly know to expect a change in routine, allowing him to retain attention for as long as necessary.

Your child’s loss of interest in what he does can be concerning. However, before you verify if it is one of the signs of ADHD in children, you can still help your child be more productive.